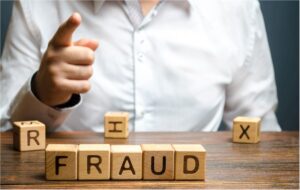 Natural disasters like Hurricane Ian provide myriad opportunities for fraud, largely through unscrupulous contractors who prey on homeowners eager to rebuild their homes. In other cases, property owners may file claims for damages that didn’t occur during the storm — or didn’t occur at all.

As of late October, the National Insurance Crime Bureau (NICB) had identified nearly half a million claims related to Hurricane Ian. The lion’s share, of course, were reported in Florida, a state already struggling with widespread insurance fraud.

Based on the NICB’s analysis that up to 10% of all insurance claims involve fraud, the organization said fraud-related claims submitted after Ian could account for as much as $6 billion of the $60 billion in claims expected to be filed.

Fortunately, advanced technology such as geographic information systems (GIS) can be used to visualize and analyze highly specific location data that, in turn, can flush out fraudulent claims.

The NICB established the Geospatial Intelligence Center in 2017 to reduce fraud and facilitate the claims process in the aftermath of hurricanes, earthquakes, wildfires and other natural disasters.

The center collects exceptionally high-quality aerial data through the use of remote-sensing technology and publishes the data to the cloud. Member insurers and others can access the data and use it to compare images of specific properties before and after the disaster.

GIS data can also be used to determine whether damage was caused by wind or flooding in identified zones and if an address falls outside of an area that experienced damage.

Technology can also assist in reducing fraud after a disaster by:

To learn more about how BindExpress supports these technologies in eliminating fraud, call SpeedBuilder Systems at 803-227-0225 or Contact Us.

Back to the top